Creating art works in front of an audience is a means of production that Yokoo Tadanori frequently employs. Having people watch him helps Yokoo avoid focusing too much on himself and his personal fixations, and enables him to create his work in an empty-minded state. Thus, live production is a useful method of reaffirming the physical act of painting.

In this exhibition, we present a collection of works that Yokoo made publicly along with photographs and videos of these live events. Although Yokoo switched to painting in the 1980s, he did not yet have his own studio. In his search for a place to work, he had no choice but to paint in public. Finding that working in front of people helped him avoid indecision and concentrate, Yokoo continued doing live painting events in a variety of places even after his studio was completed. After he began his important Y-junction series in the ’00s, it became the foundation for Yokoo’s live painting and a succession of works based on actual Y-junctions in the vicinity of the museum where he was holding his solo exhibition. He also started a system known as “PCPPP” (Public Costume Play Performance Painting) in which he painted while wearing a disguise.

Yokoo compares public painting to acting. The viewers hold their breath as they gaze at the events on stage or the production site, and Yokoo feeds off this heated atmosphere and energy. You might say that this leads to a spontaneous and thrilling sense of complicity. By investigating the scene of the crime, we can trace Yokoo’s attitude toward his work, the creative process, and various changes related to these things. 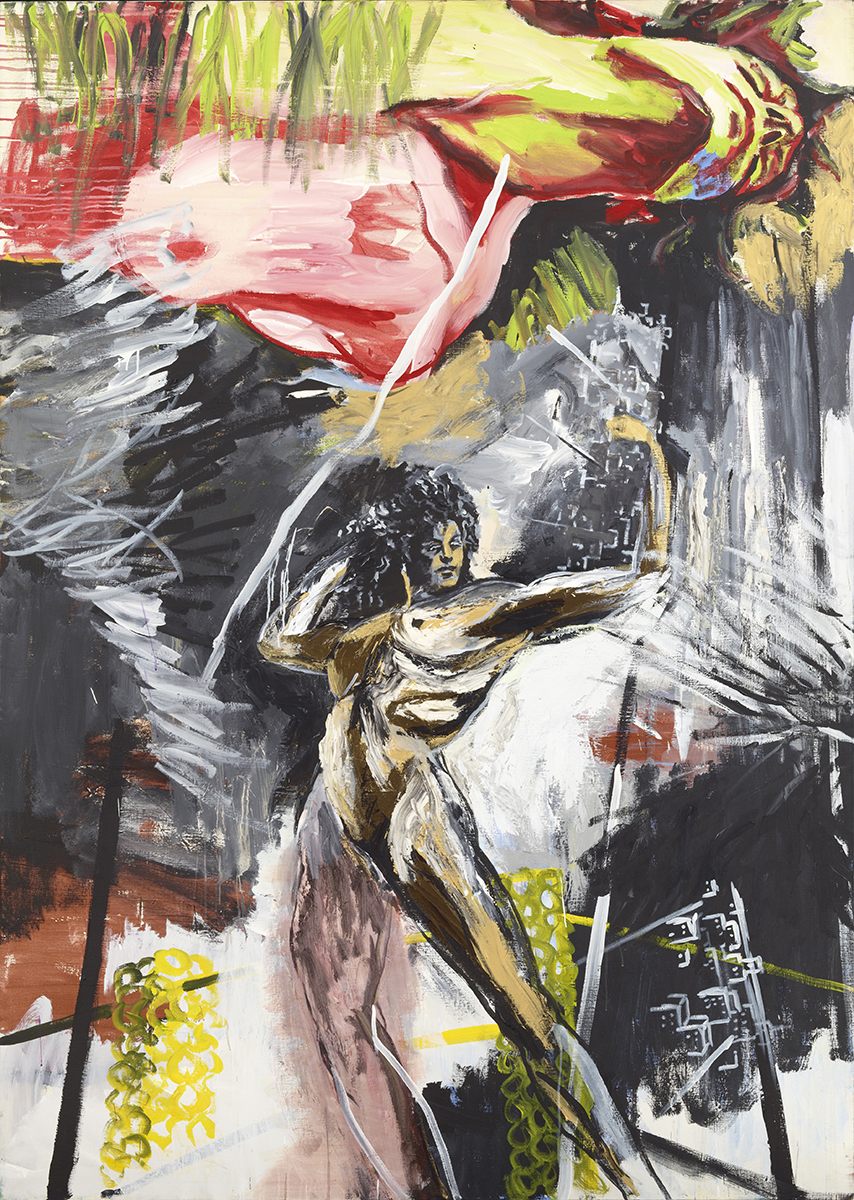 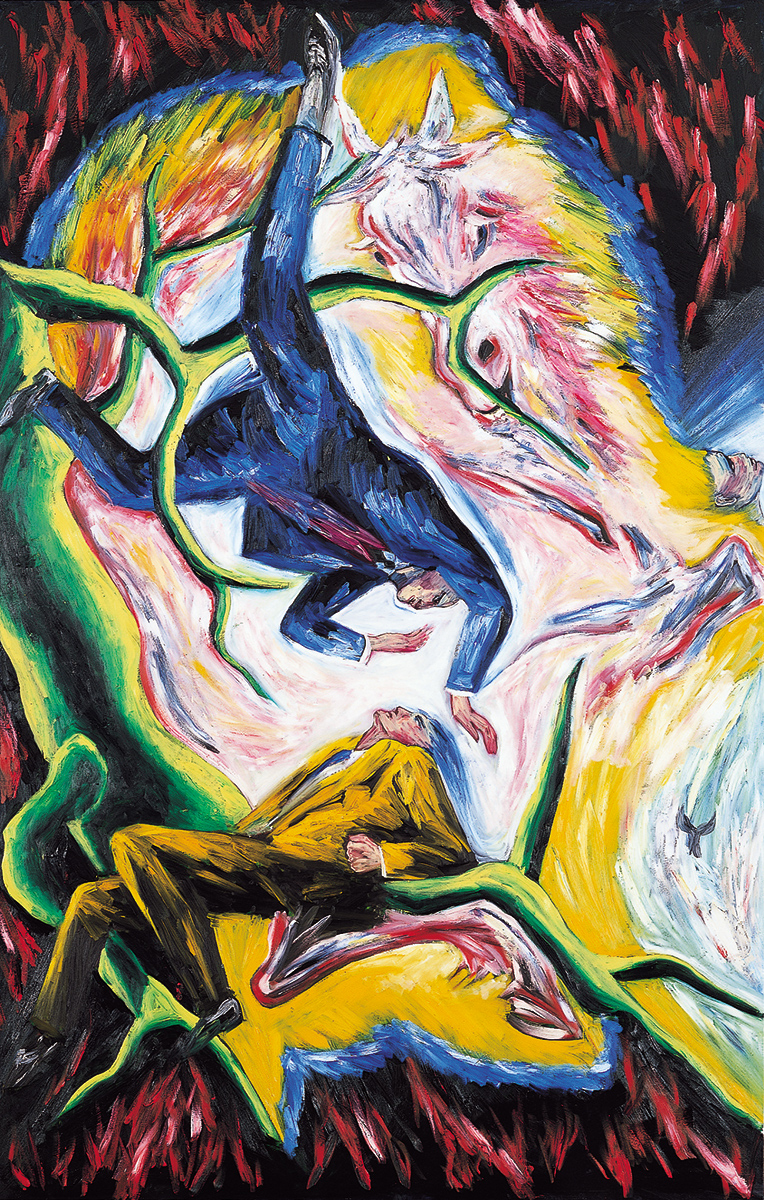 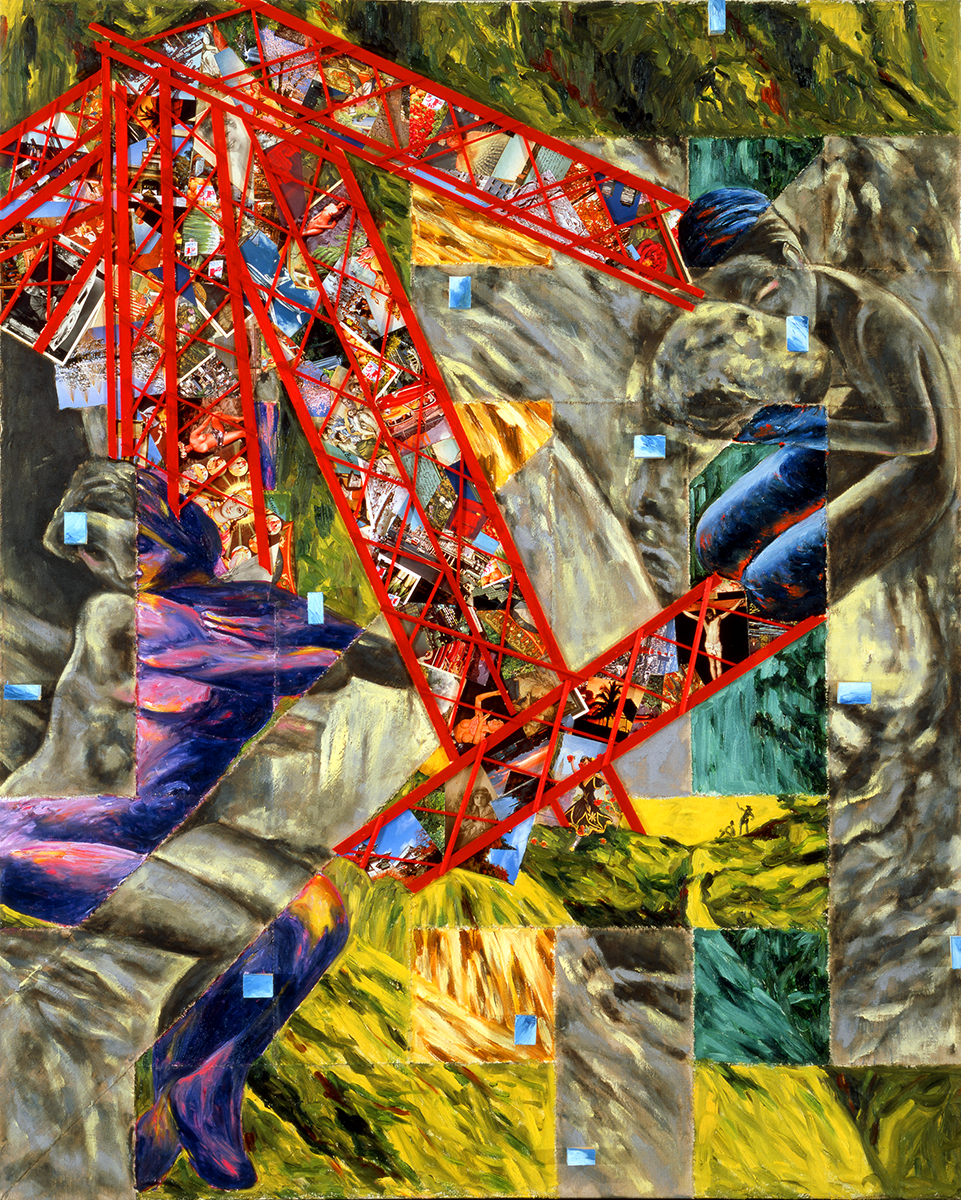 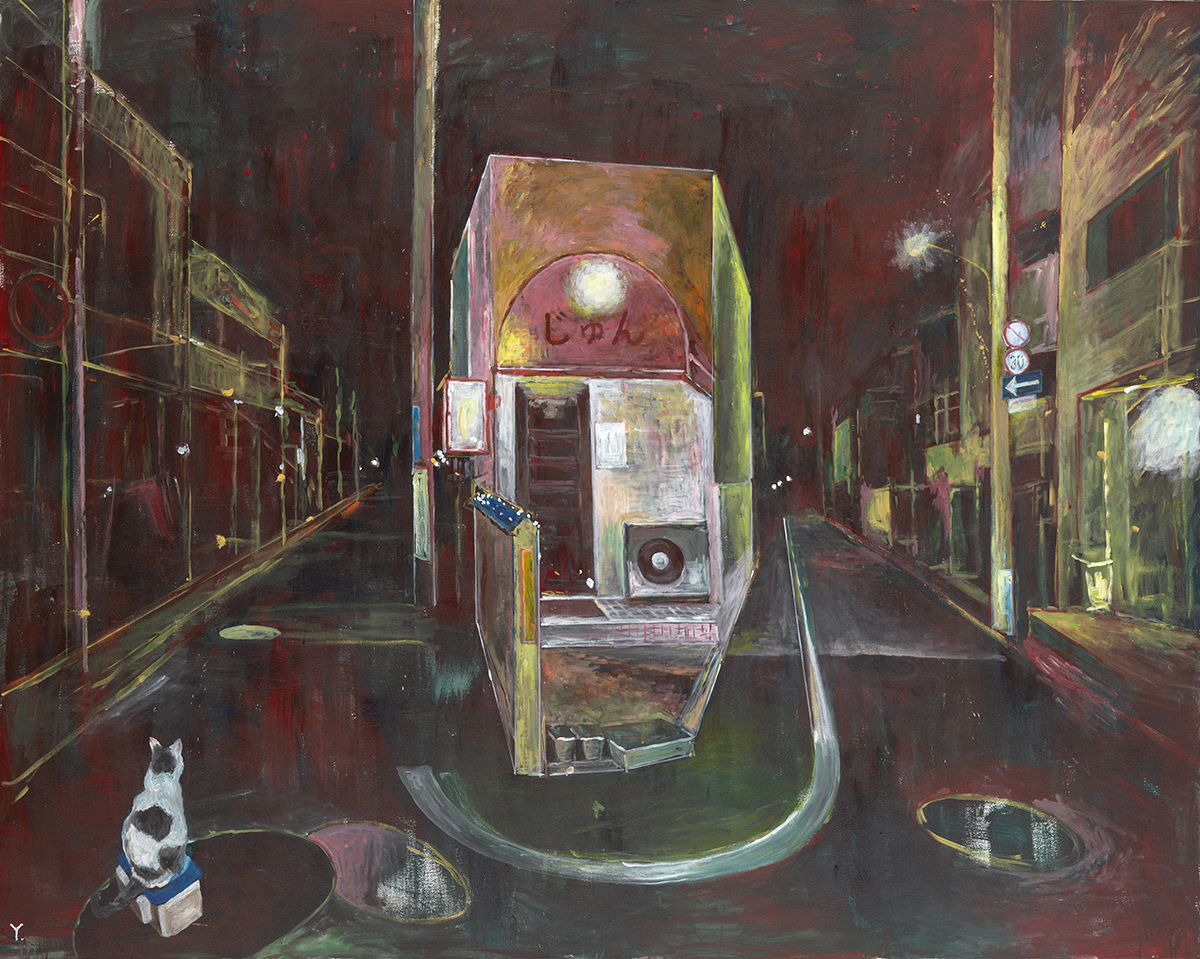 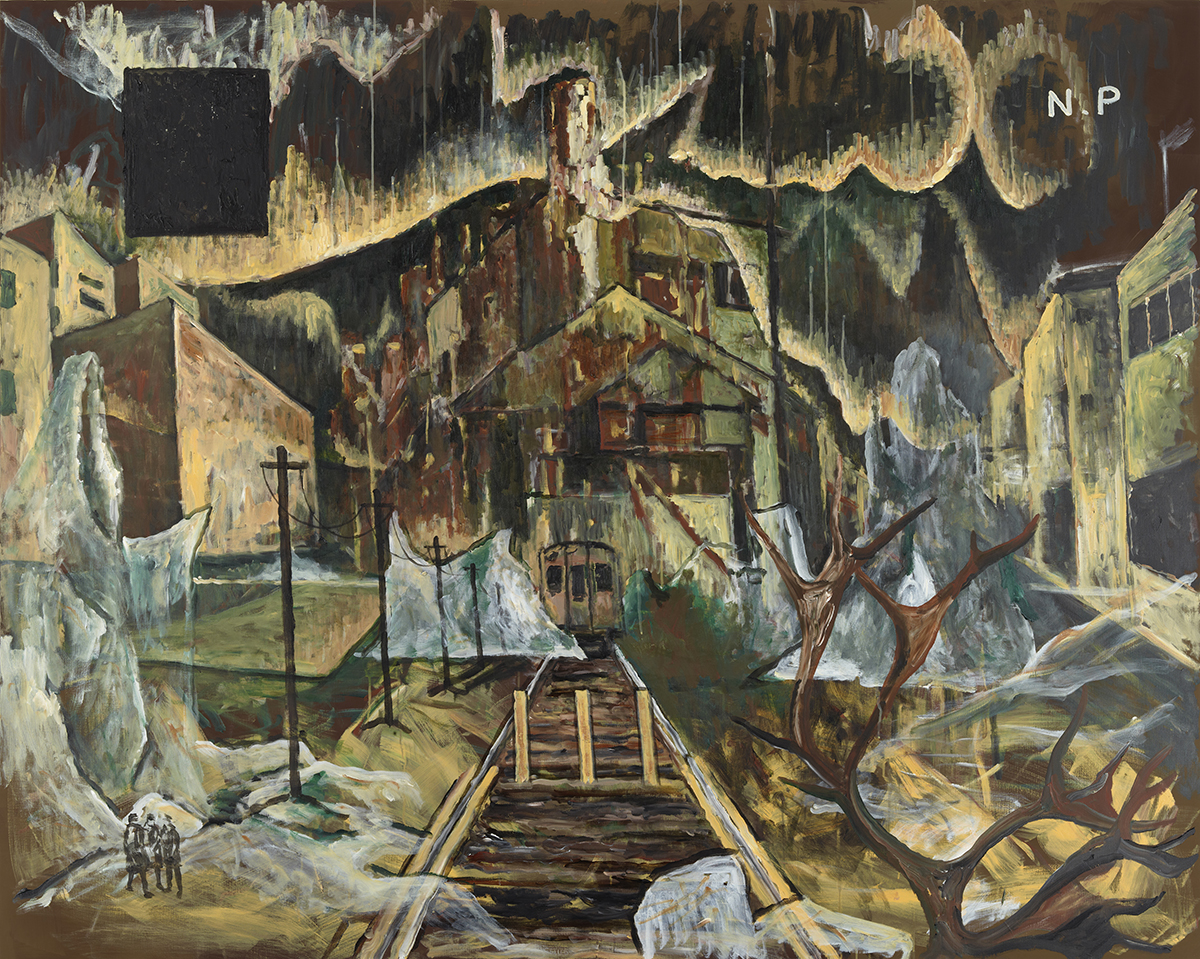 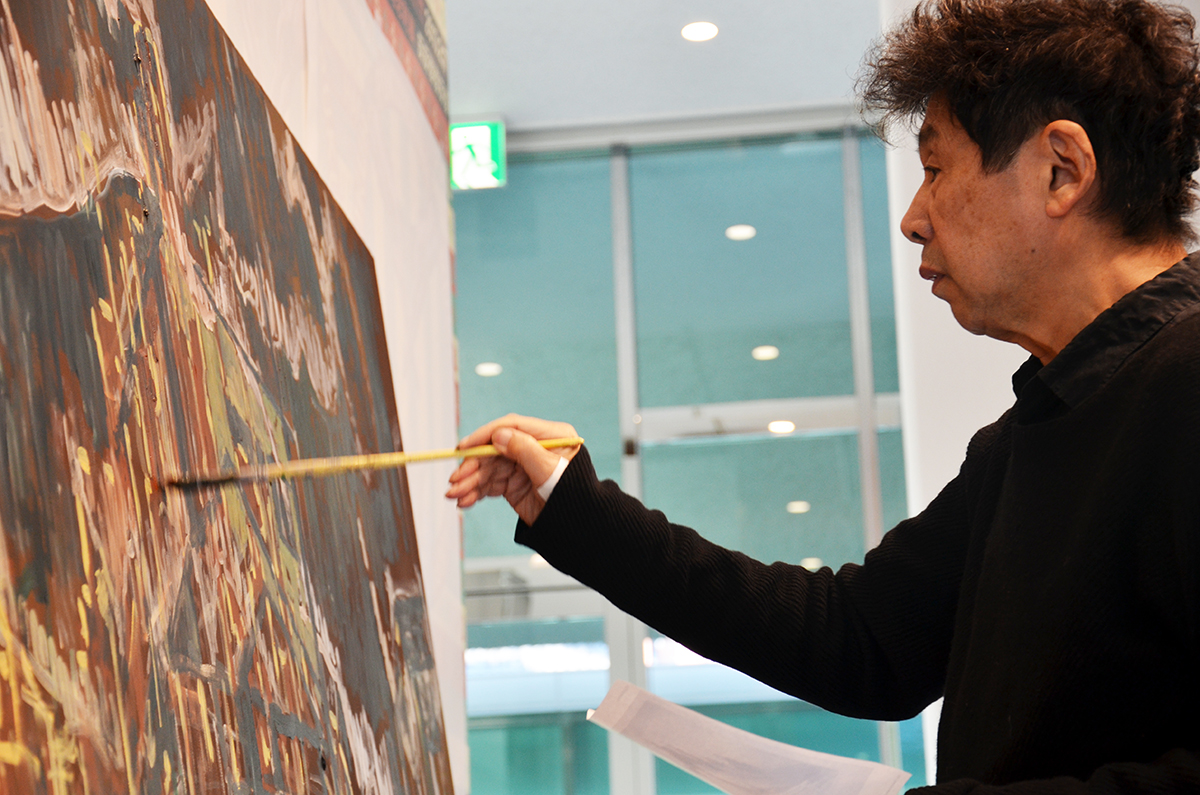