In 2004, Yokoo Tadanori launched a series depicting scenes of women bathing for a solo exhibition at a public bath that had been converted into a gallery. The works show women with hairstyles that recall ukyio-e prints washing their bodies, soaking in bathtubs, and bathing in a lively manner. While reflecting images of women’s baths from Yokoo’s childhood, the humorous works are also filled with various devices that are reminiscent of asobi-e (play pictures) from the Edo Period.

The Bathing series in turn led Yokoo to develop the Hot Springs series, another unique group of works related to bathing. Yokoo was commissioned by a magazine to travel to various spas all over Japan, and write texts and make pictures of them. For a period of approximately three years starting in 2005, Yokoo visited each place and produced works based on information he collected there. These are not merely travel sketches, but examples of Yokoo’s singular vision. They were realized by combining meetings with people, the history of the area, and things that happened to him with personal memories and images.

Centering on these two series, this exhibition, titled Welcome to Yokoo Hot Springs Village!, transforms the museum into a spa facility and invites viewers to embark on a bathing and sightseeing journey through the artist’s experiences. Focusing primarily on the Hot Springs series and its links to travel, the exhibition presents paintings, prints, and tourism posters depicting places throughout Japan from the 1970s to the present, while highlighting spas, Y-junctions, and various sites of scenic beauty and historical interest in each area. Please take your time and savor Yokoo’s hot springs along with the quietly relaxing women in the Bathing series. 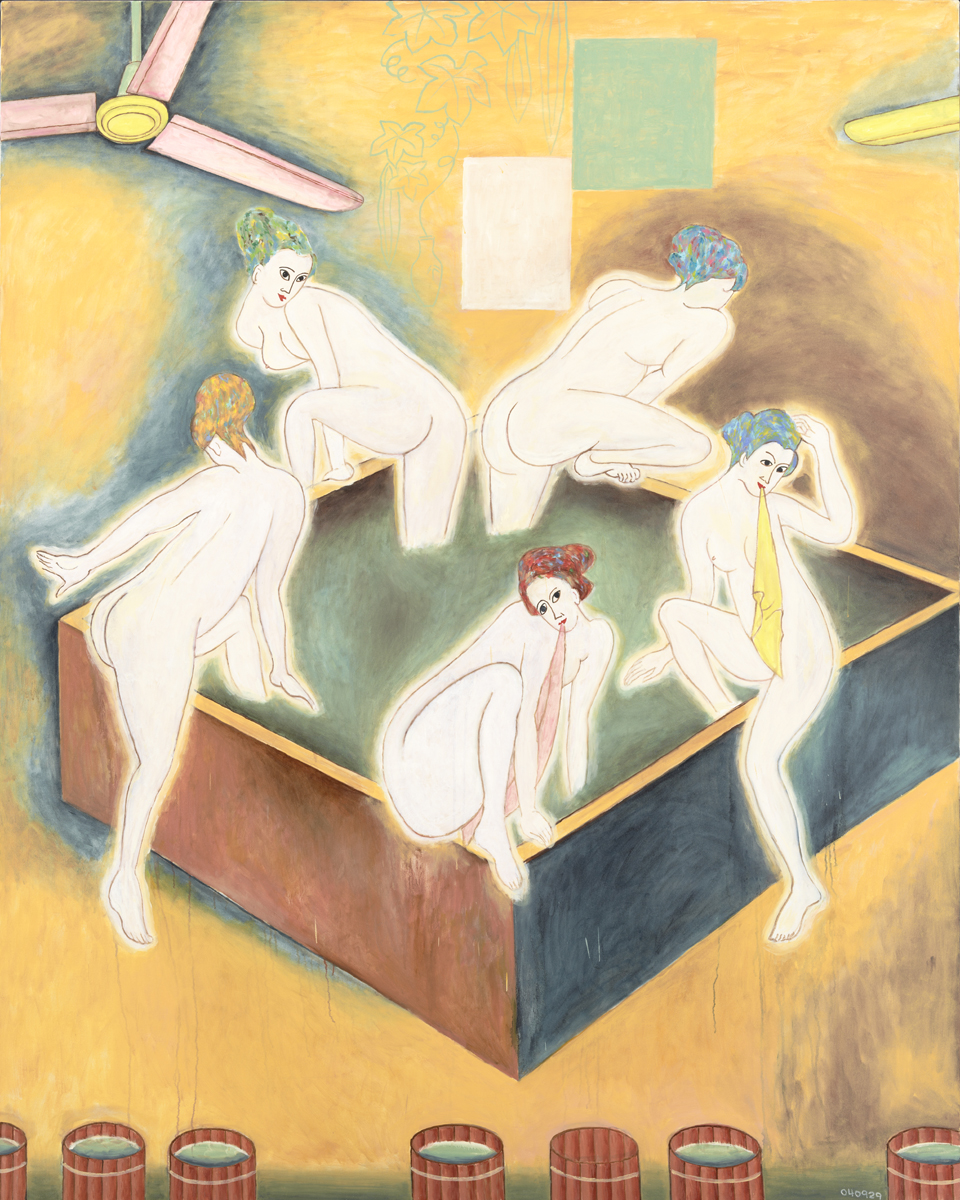 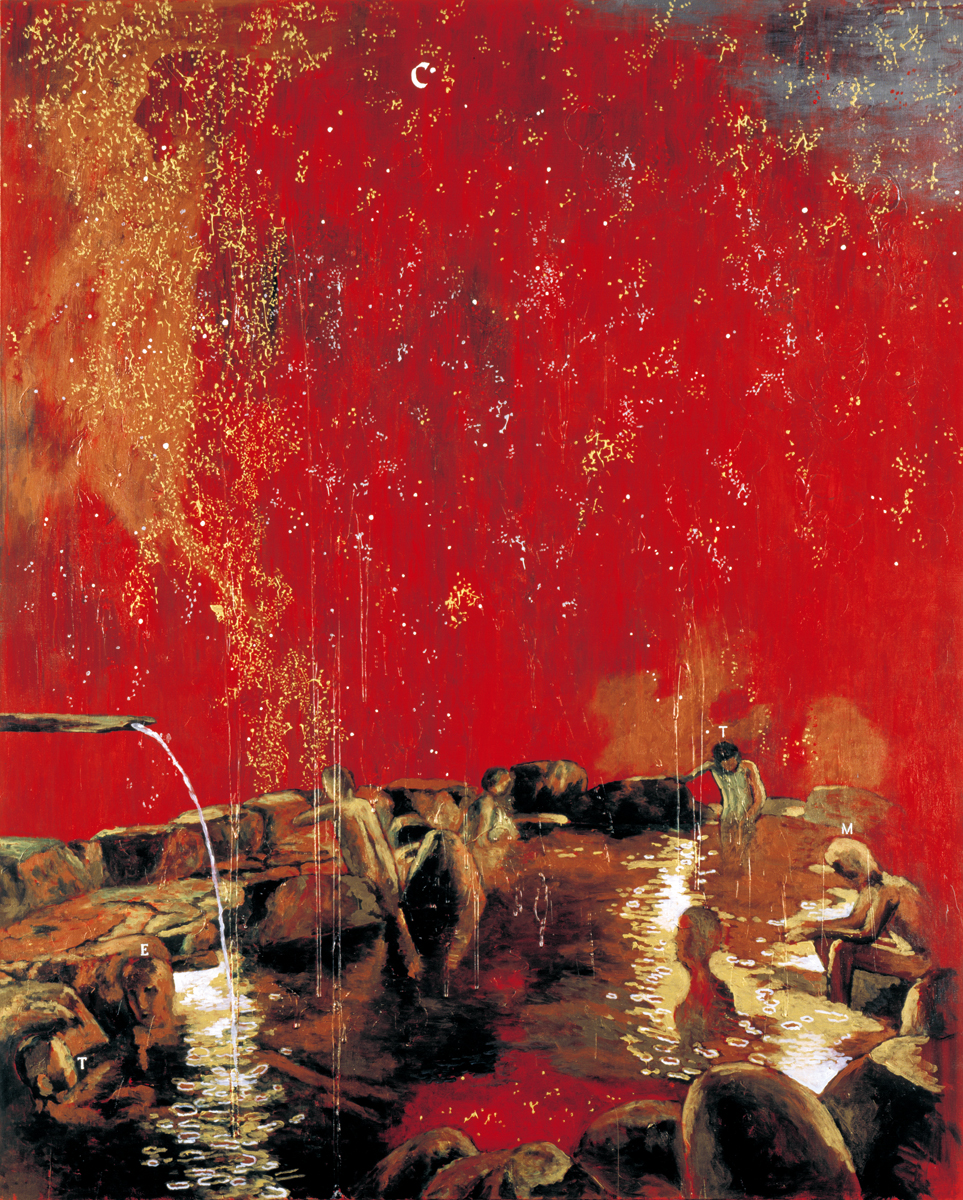 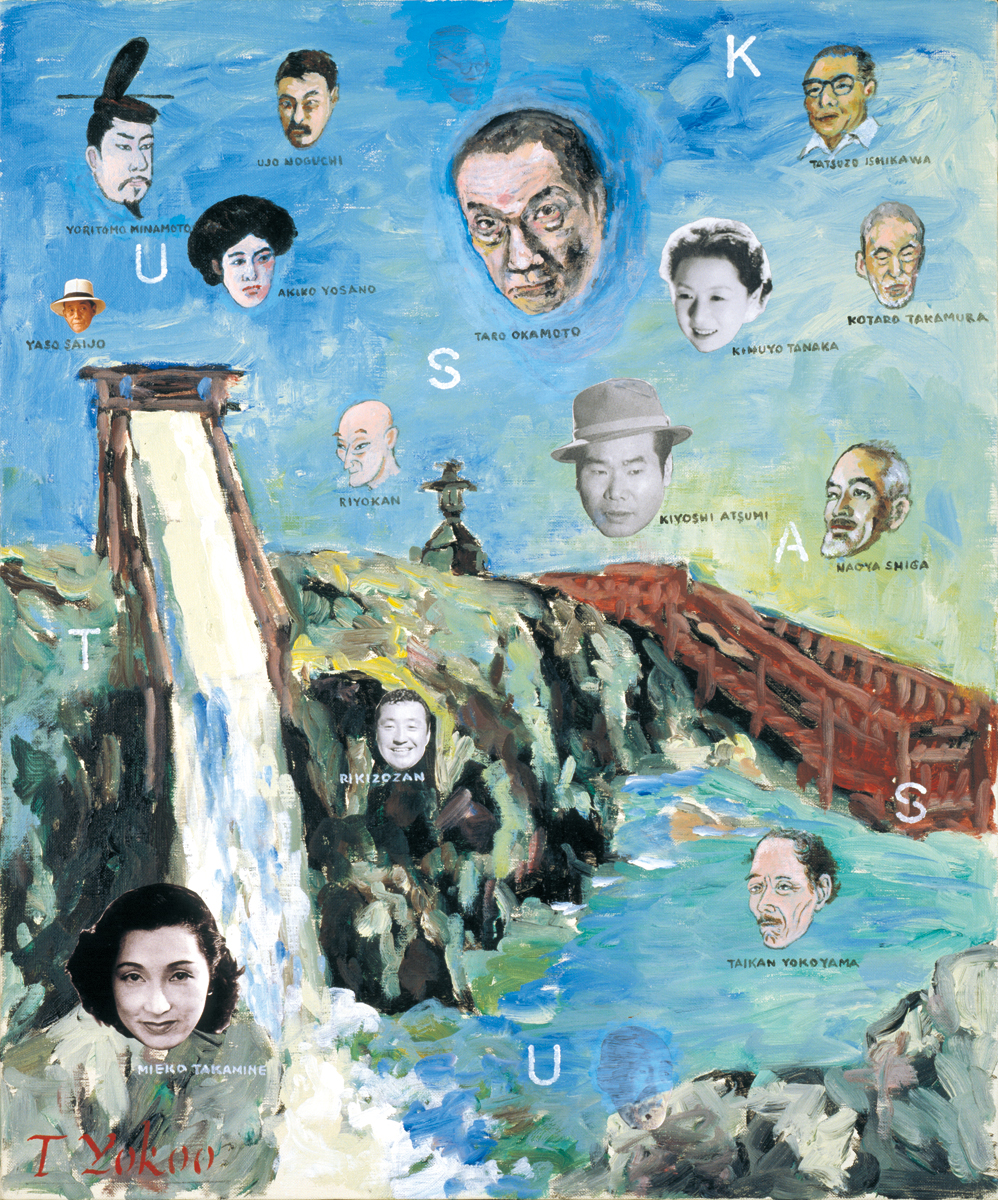 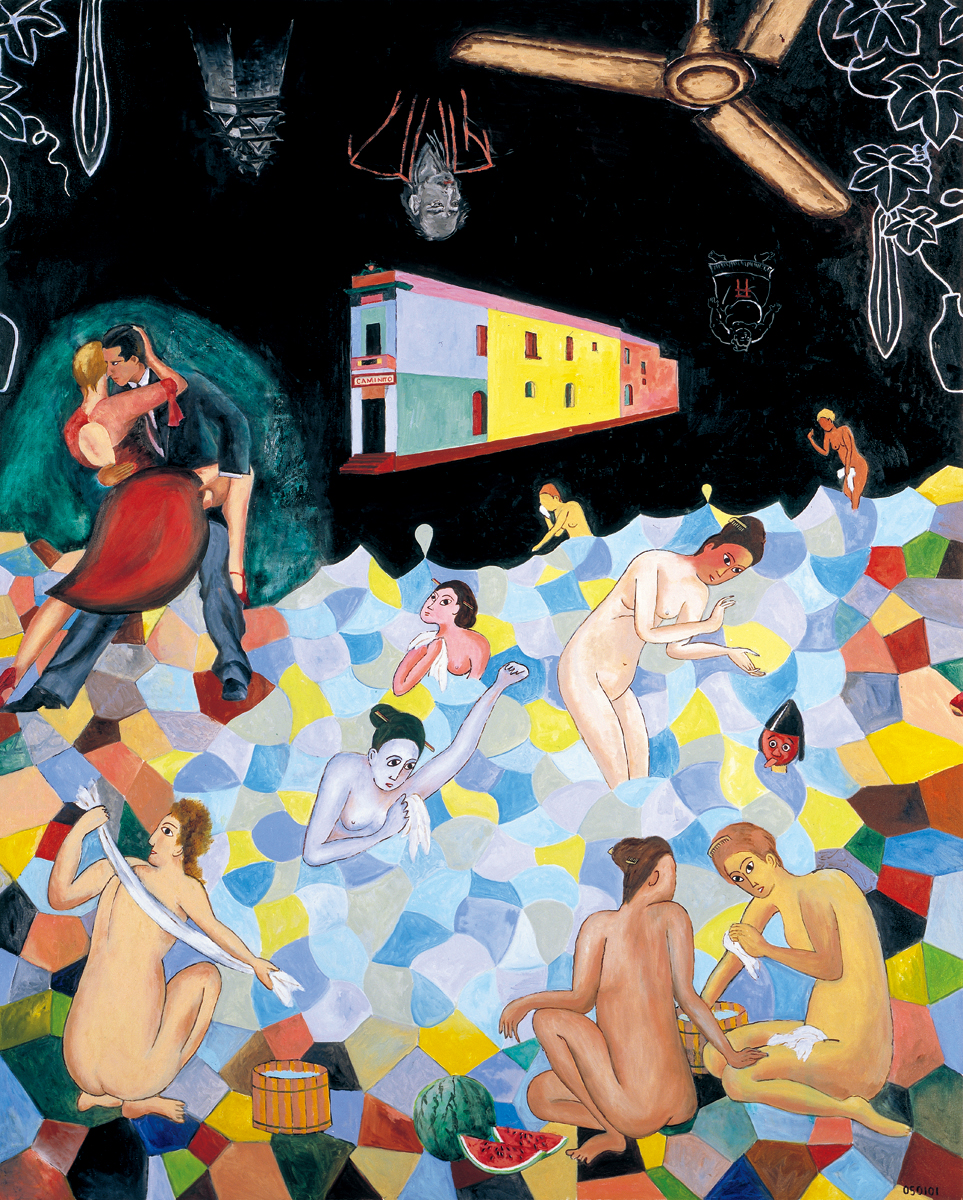 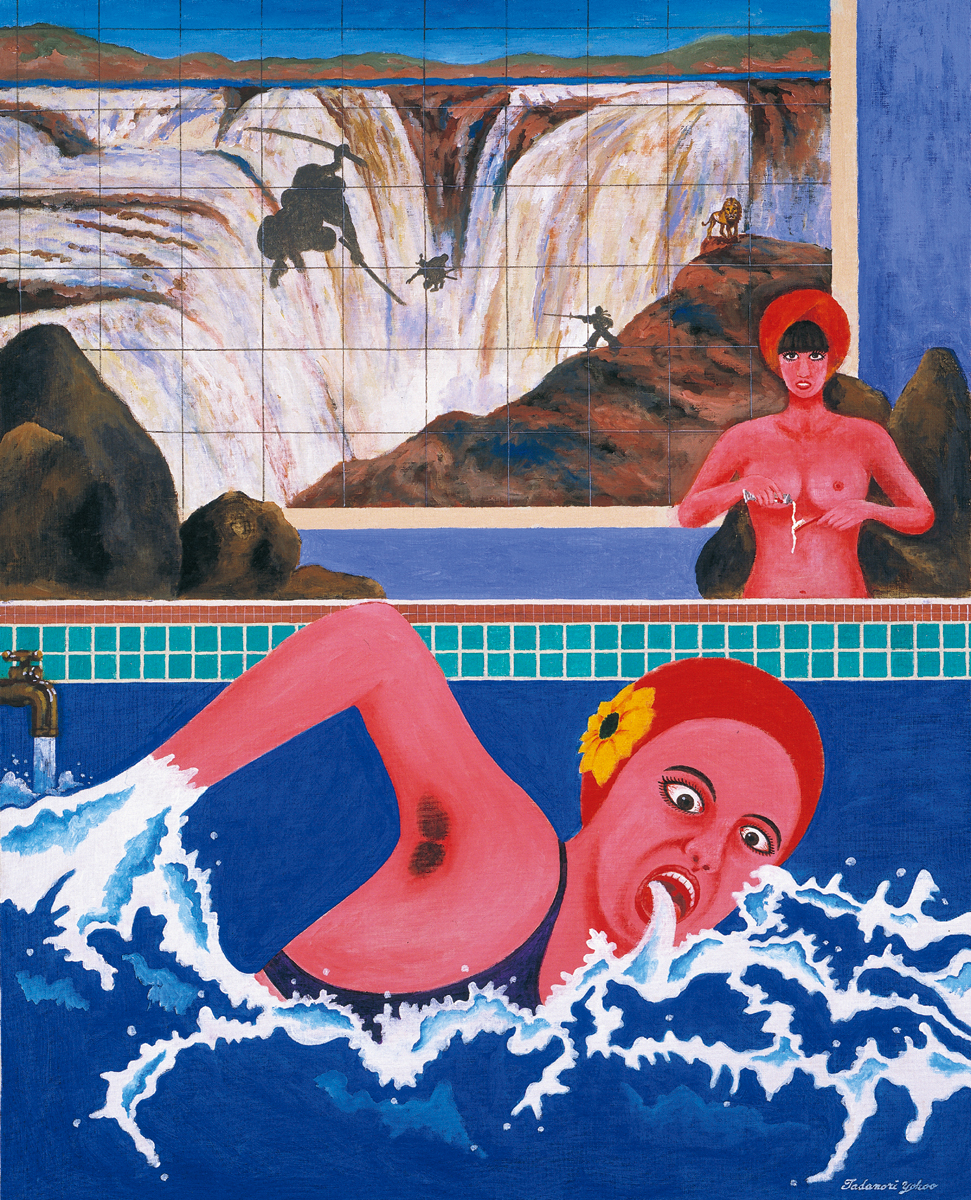 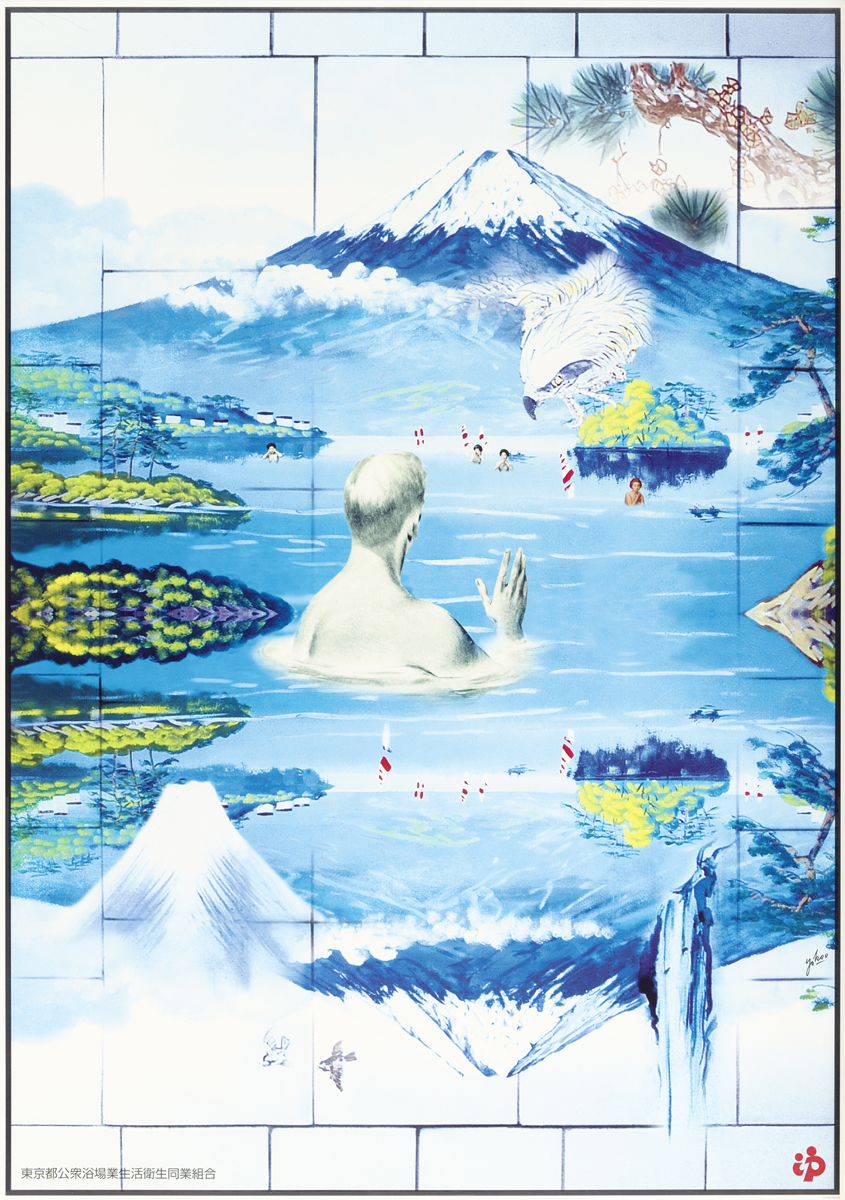