Yokoo Tadanori’s mania for collecting things has led him to assemble a group of approximately 600 works depicting the death of Buddha. While showing the actual passing of Shakyamuni, the images also represent satori, a state of spiritual enlightenment free from all world desires. After repeating a cycle of transmigration, the soul at last attains Nirvana, a realm without either birth or death. This might also be seen as Utopia, the ultimate desire of all living things.

Yokoo’s collection began with two images that he used to decorate his house. One depicted the dying Buddha and the other a mermaid sprawled across a shell. To Yokoo, the two images, both of which showed figures lying on their sides while resting on one elbow, were a matched pair, representing the sacred and the profane or life and death. Seeing them as depictions of the dual nature of every human being, Yokoo began collecting figurines that made use of this Nirvana pose. His view of the images as two sides of the same coin rather than opposing qualities (noble and vulgar, dead and living) can also been seen as an underlying characteristic of Yokoo’s work as a whole.

Inspired by this collection, which includes depictions of every imaginable creature adopting the Nirvana pose, from the dying Shakyamuni to alluring nudes, this exhibition features an installation of works that center on the relationship between the sacred and the profane, and life and death. There is also a group of reclining nudes in modern paintings and a variety of depictions of Nirvana from early modern times. In addition, there is a display of Yokoo’s Nirvana-related paintings, prints, posters, and book designs which traces the significance of the motif in the artist’s work. 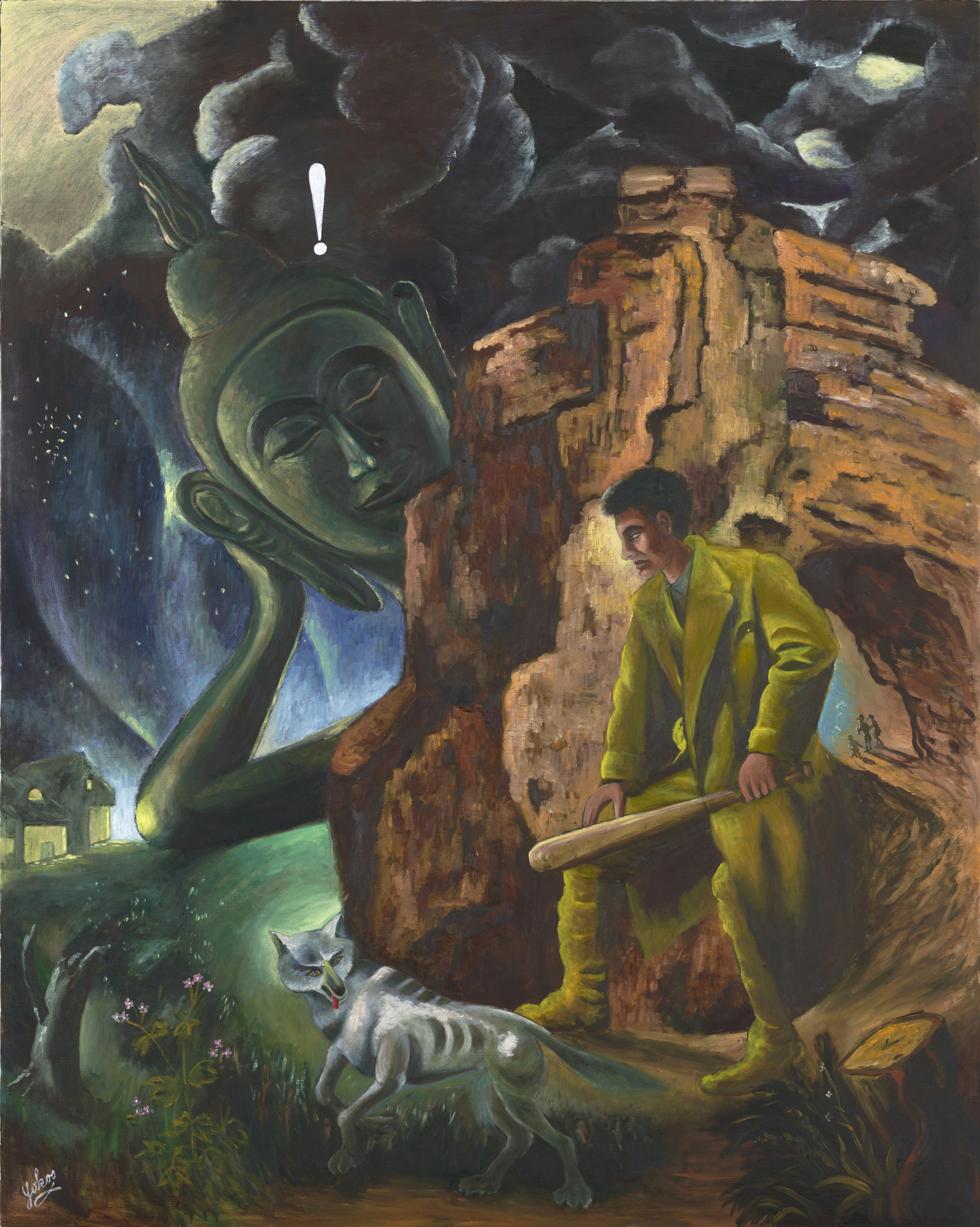 ……but! 1995 Artist (Deposited in Yokoo Tadanori Museum of Contemporary Art) 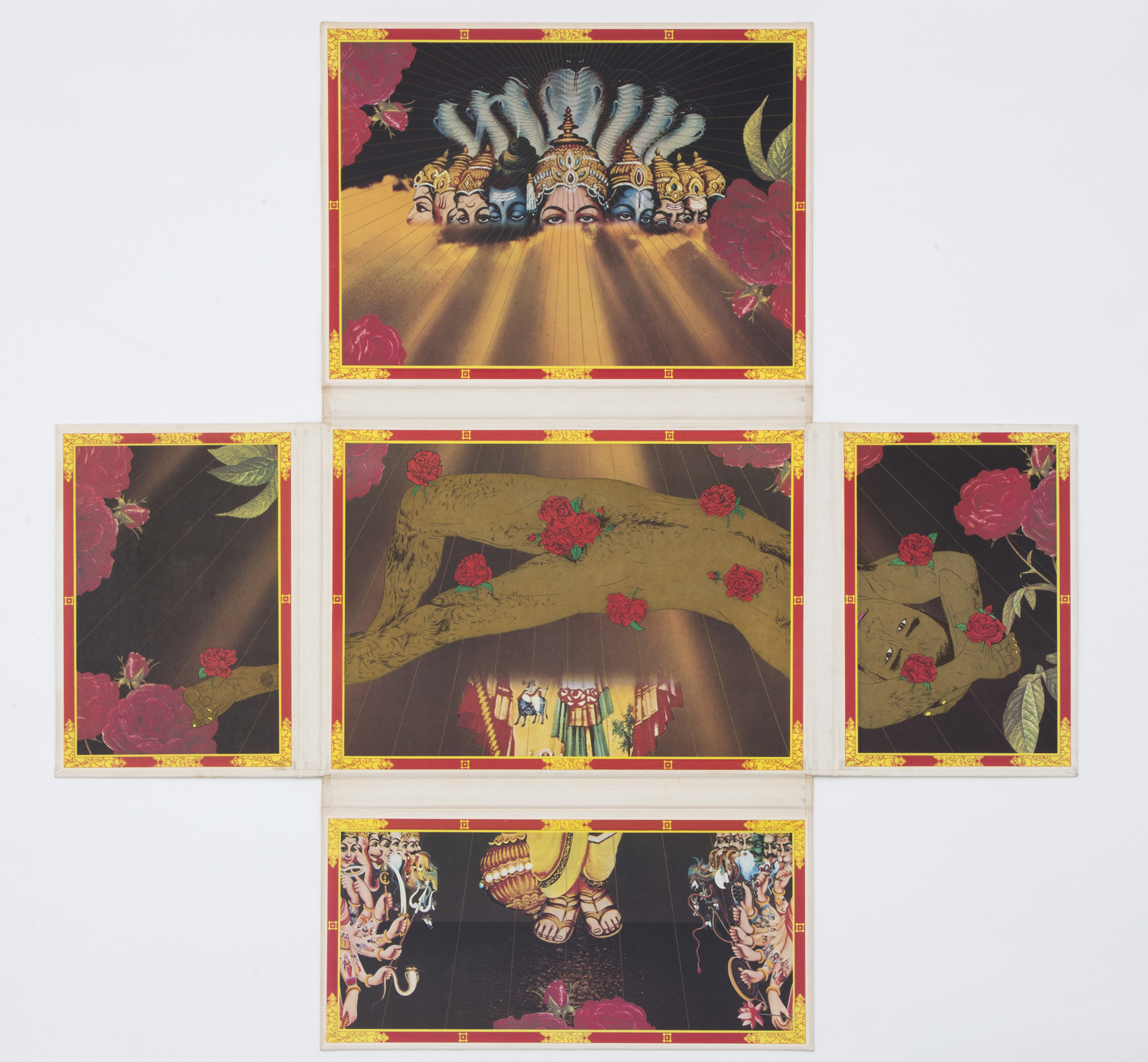 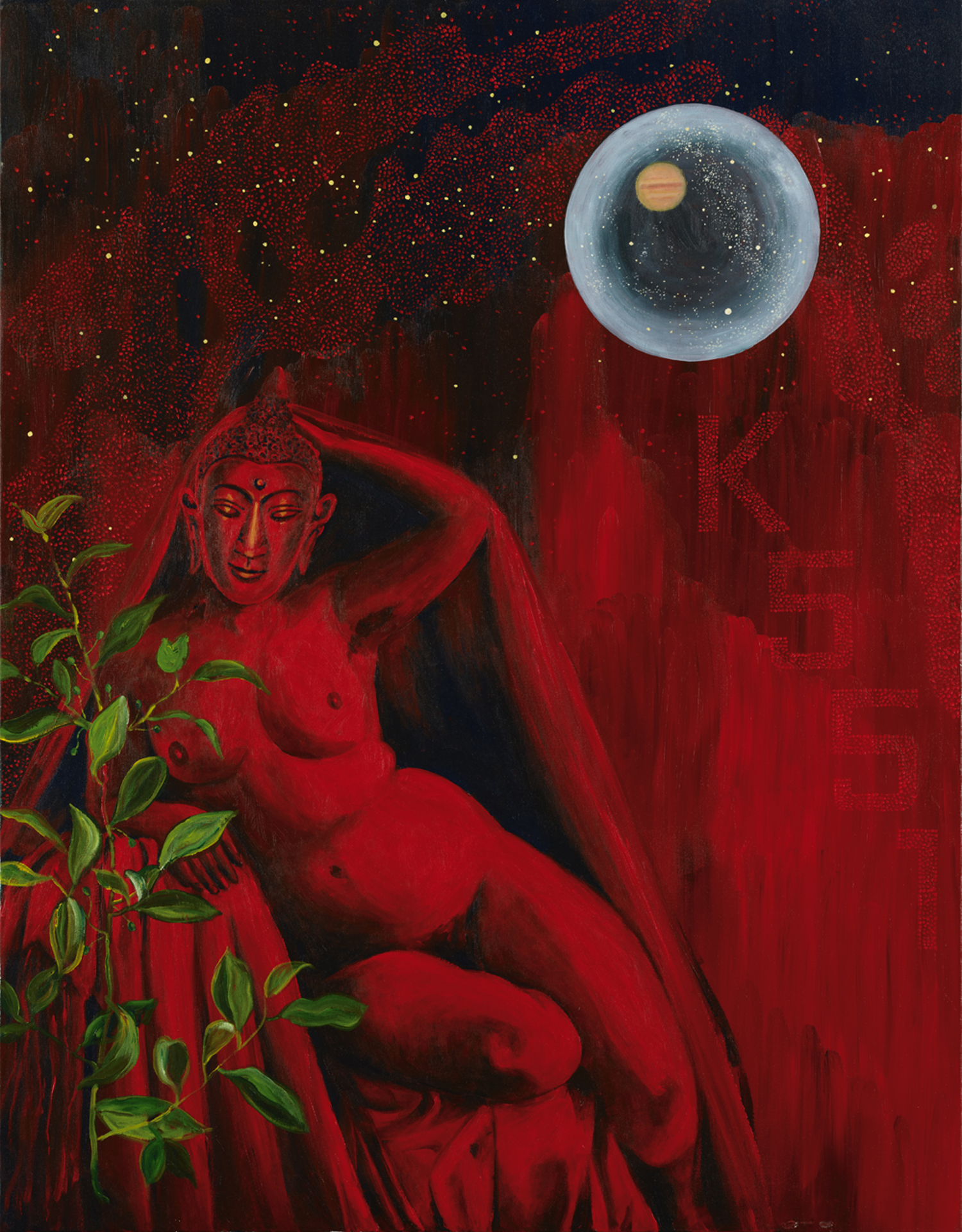 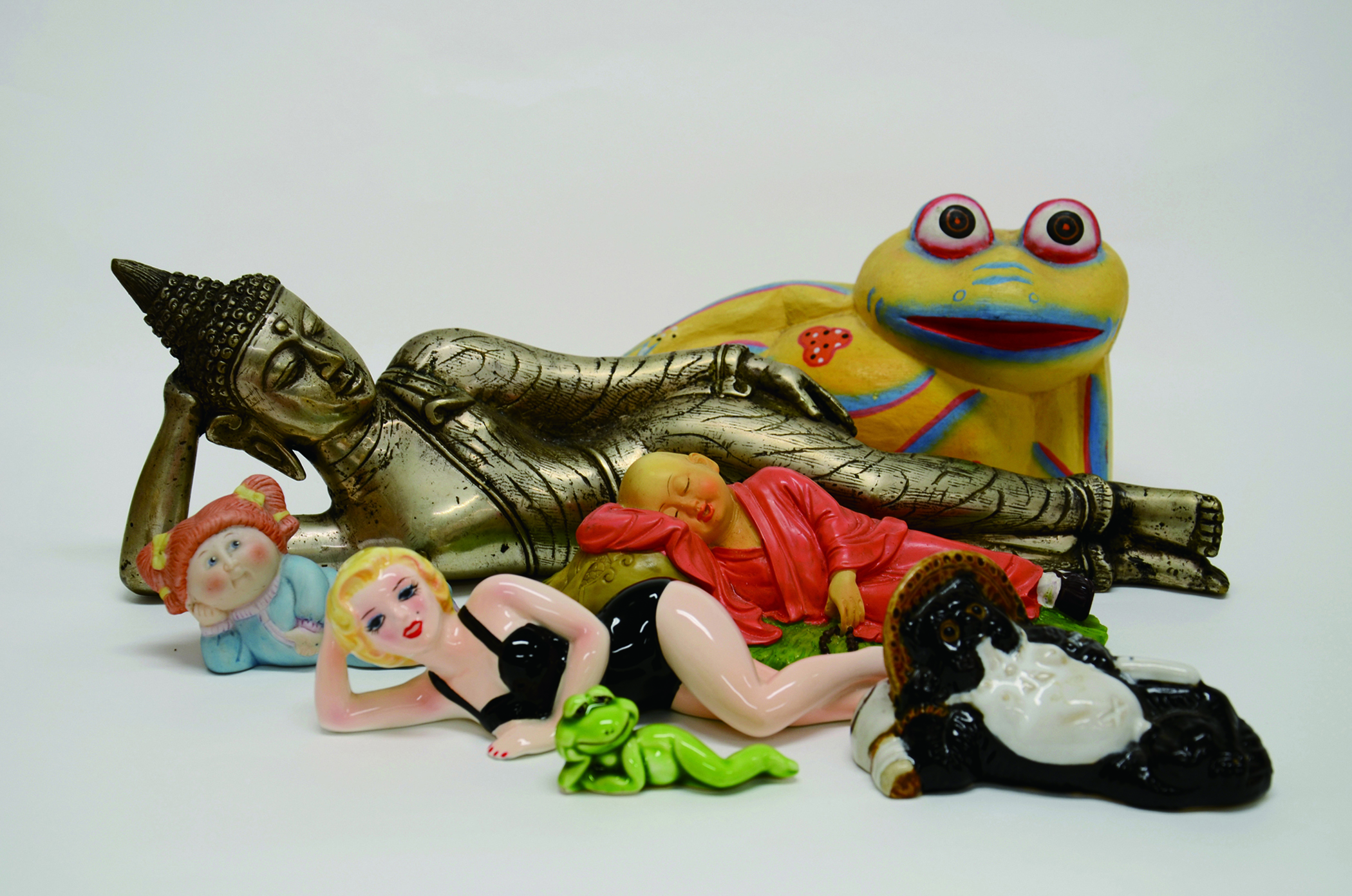